History of the various TS Logos is as follows; recorded because.. why not

Troutslap first came into electronic existence on the 26th September, 2004. This is the day we picked our colours & logo and to this date it hasn't changed much..

We played Counter-Strike a lot and needed something to 'spray' our mark on in game, as a unit to show force. With a name like Troutslap, it came naturally that it should be an image of someone wielding a trout. And the game logo had a man with a gun.. so being a quick thing at the time, we used the games logo and decided to plaster a fish into his hands. The original game logo; 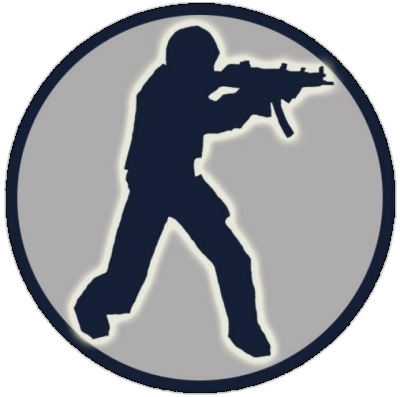 First we vectorised it.. 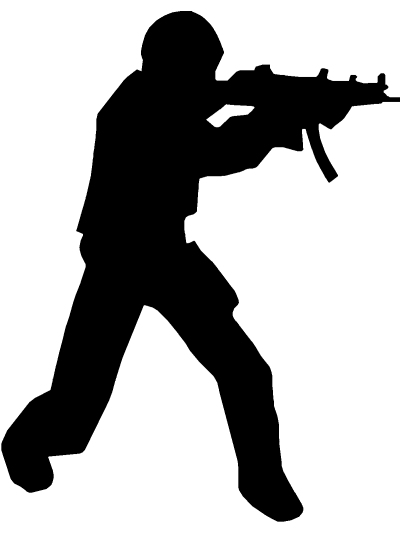 Googling for a basic trout I happened across a simplistic logo.. at the time I figured Id borrow it as a placeholder and replace it later... As a placeholder it was rough, but did the job as the 'trout' graphical representation 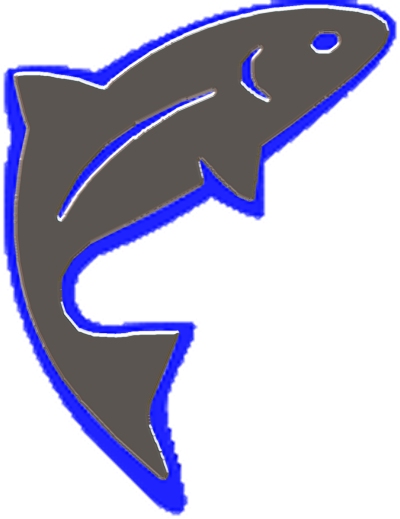 So we combined them.. 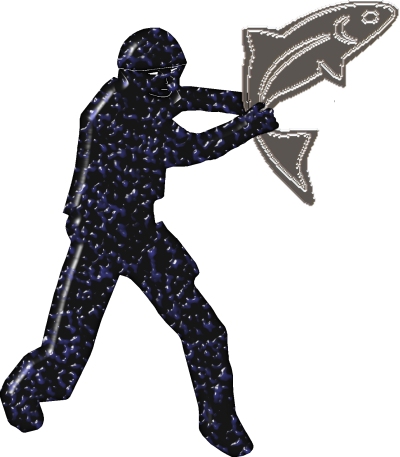 Sometime in October we put up a basic webpage off the back of NGL (Newcastle Gaming League) I decided to use 'Troutslap' as a text logo, and we briefly used this & the following 'round' logo on it 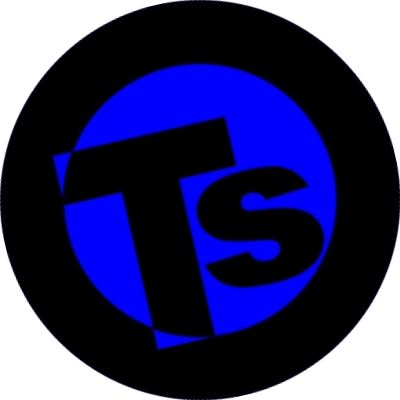 The round logo was dropped & the trout was used by itself - it was a terribly small (jaggy) jpg and we desired a clearer logo so I vectored it by hand (none of this auto-vector bs) using about 50 data points... also, the text logo with the long 't' was dropped in favour of an bolded Ariel-Narrow font backed text with the 'trout' logo as the 'r'. Note there was no hyphenation as it was not required (yet) 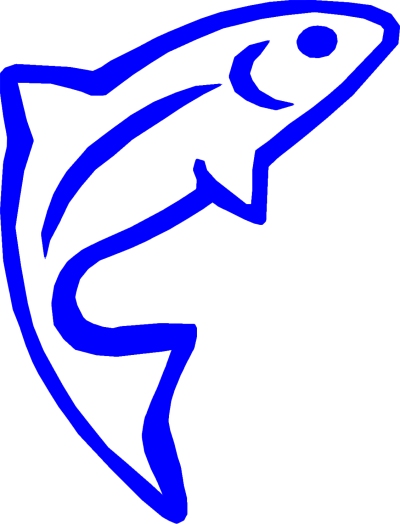 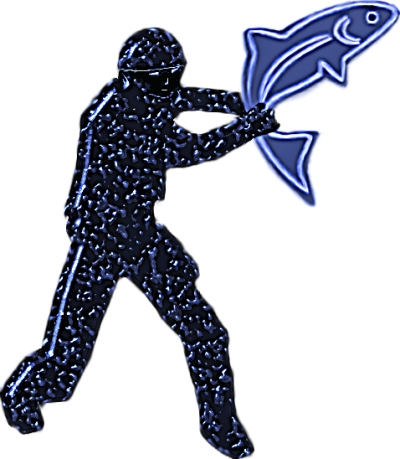 4 months later in April 2005, the trouts current form was vectored, using around 200 data points and was used on all our ts related things 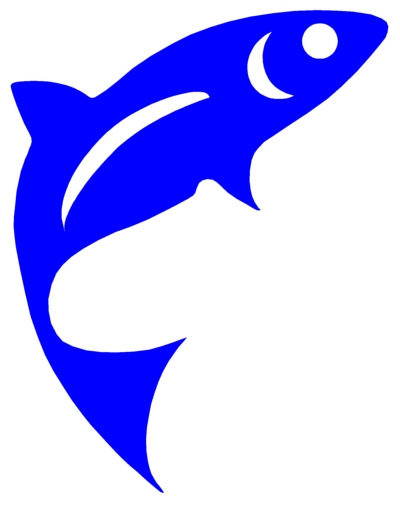 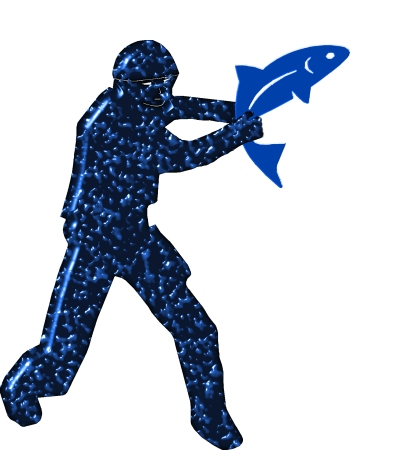 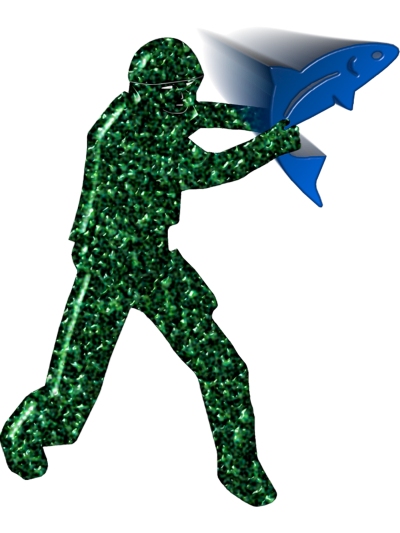 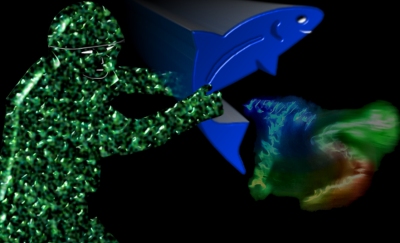 At the time (pre 2007) we had been using '0catch' webservices to display content to the users however we were convinced to purchase our own domain & subsequent hosting to provide a better (ad-free) user experience and host much more content. 'www.troutslap.com' domain had been taken by an IRC channel called the 'Troutslap Palace' since early 2004 so we had to register the next best thing - www.trout-slap.com'. This meant updating the logo to include a hyphen.

Sometime in a website upgrade in 2008 we decided to use the original round logo for the top left logo on the website, so it was vectored/updated to conform to the current trend of faster internet connections making higher quality images more desirable 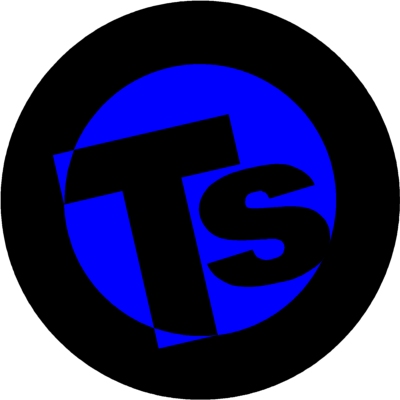 Time passed, growing up happened, riding motorcycles became a thing. After a fiasco in 2013 the need for a united backpatch was desired. So I set about creating a usable highly refined with good definition logo usable as a 25+cm sized backpatch.

Requirements were the following; 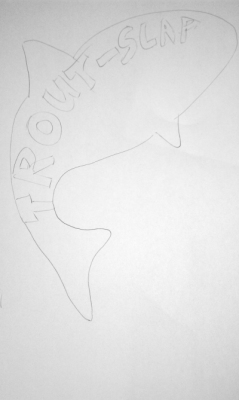 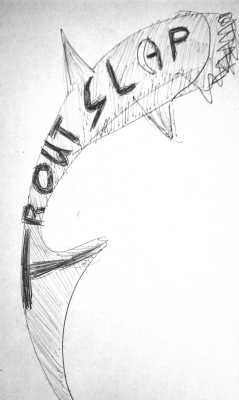 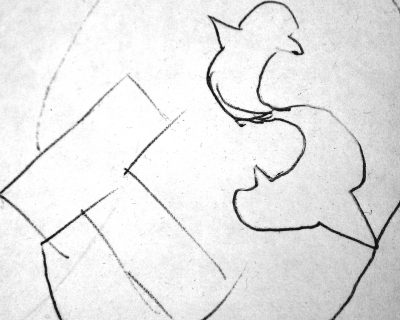 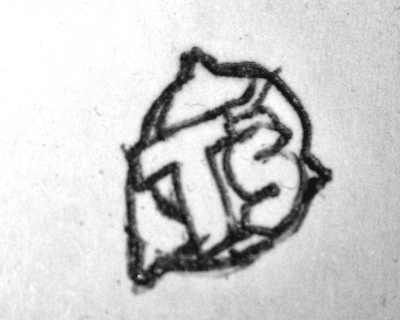 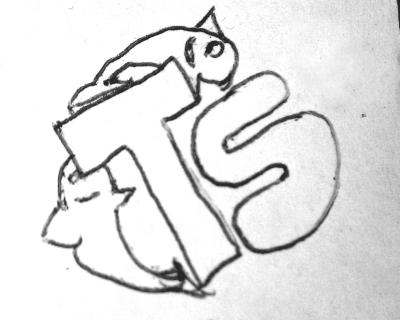 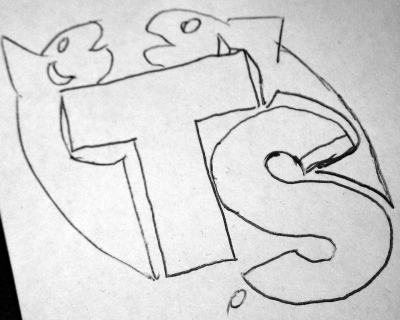 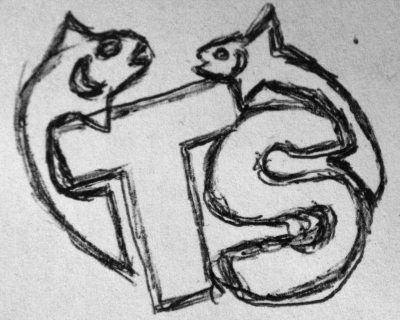 This idea seemed to work good on paper 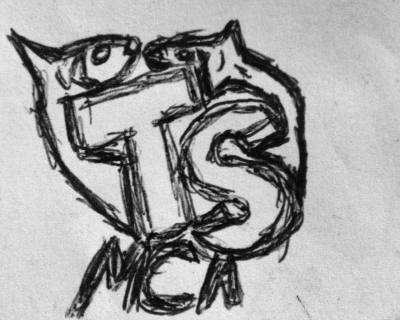 Once the creative juices had flowed, the ideas were transferred to the pc; 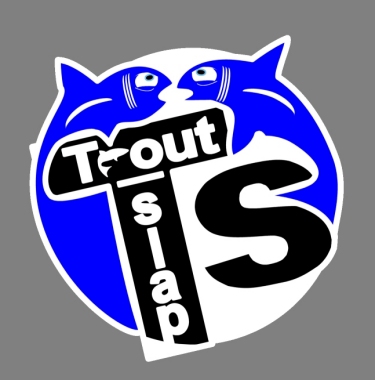 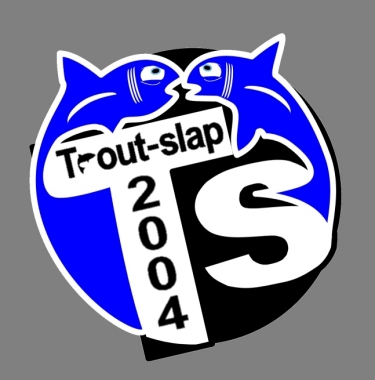 Unfortunately the fishtail was deemed too out of proportion and new ideas were suggested, to have both tails use the 'S'. Different colours & shading was experimented with, borders and sizing tweaked etc. 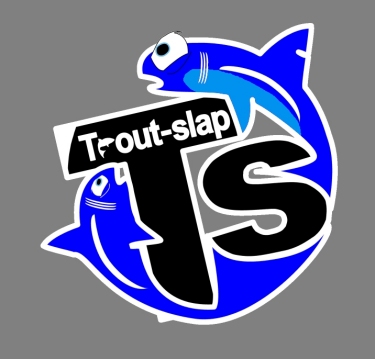 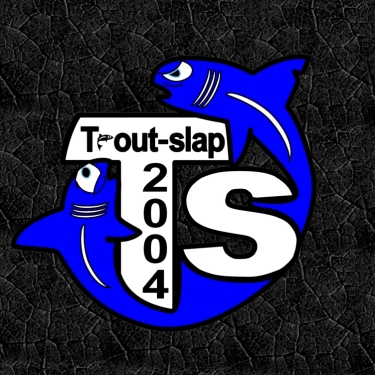 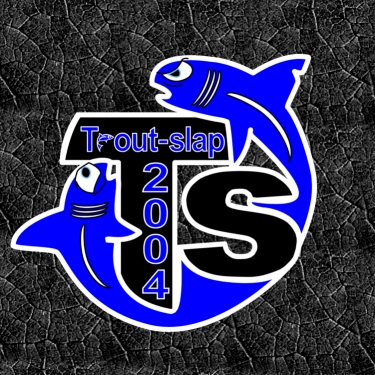 Which after public TS exposure was toned down to this; 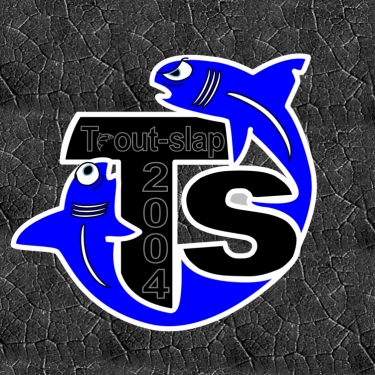